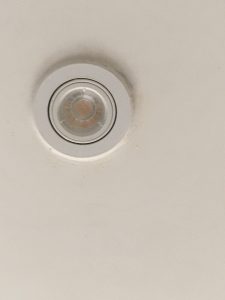 Is Confusion over LED Lamps costing you money?

LED lighting, the conversations usually, have themes like, LEDs are for toys you don’t get enough light from them or how can you justify telling me to pay £20 for a lamp (bulb) when I can buy a pack of 5 from my local DIY chain for a tenner.

I hope that the information in this short article will clear up some of the confusion / myths about LED lighting, don’t get me wrong in some cases LED may not be the right answer, but don’t let misinformation put you off if it is something that you were considering.

LED lamps will last and save you money

LED lamps use a fraction of the electricity required by standard halogen GU10 lamps, yet can give out just as much light. LED lamps from quality manufacturers will have an extremely long lumen maintenance period (life) of up to 50,000 hours. Over its lifetime, just one of these LED lamps replaces approximately 25 standard GU10 halogen spotlights, whilst saving as much as 2,450kWh of electricity – that’s over £250 at a cost of 10.5p per kWh!

LED spotlights are available in a range of lumen outputs equivalent to wattages from 20w to 50w or more with beam angles ranging from 25 degrees to 120 degrees to suit your requirements. You should always compare the brightness of LED GU10 spotlights based on their stated output in lumens, not the power consumption in watts.

Most halogen lamps in domestic use are 50 Watts and according to the EU tables, an LED replacement must produce at least 638 lumens before it can be claimed to have the same light output.

LED lamps are generally described as having one of two colour hues, Warm White or Cool White. Because of the way the colour temperature of LEDs is controlled, the cooler lamps are more intense than the warm ones. A Warm White lamp is similar to a standard halogen lamp. The Cool White lamps are not actually cold, they produce a pure brilliant white light, equivalent to natural daylight.

For a standard ‘halogen style’ lighting effect and for general home use I would advise the fitting of Warm White lamps. For a cleaner ‘pure white’ more modern look, or for display lighting where accurate colour reproduction is important, I would suggest the Cool White lamps. 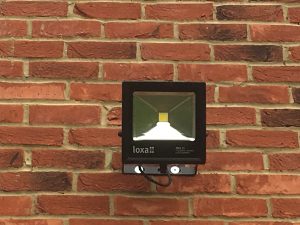 LED’s are priced according to their output

Consumers are seem to struggle with this, simply because they see cheap LED lamps on the shelves of the DIY chains and they simply think a Lamp is a Lamp, read on.

The fact is that LED modules which are more efficient and capable of producing high lumen outputs are expensive to manufacture, especially when they are still being produced in comparatively low volumes. As a result, you will usually find that the higher the lumen output, the more expensive the LED lamp will be.

But in reality it’s not so bad. A 520 lumen 7w LED lamp from a quality manufacturer should be good for at least 25,000 hours and cost about £20 to run during that time. It should easily be able to replace the 40w light bulb which was costing about £5.60 every 1,000 hours, which is £140 over 25,000 hours. Looking at it the other way, even if the LED lamp had a purchase price of £30 (that would be expensive), it would still only cost about £2 to run each 1000 hours compared to £5.60 for the traditional bulb. Either way, you win by switching to LED because the cost of electricity isn’t likely to get any cheaper.

I hope this helps, if you have any other queries regarding LED or any other lighting issues please drop me an email   info@cowley-electrical.com

About the Author: neil cowley

You can find out more about which cookies we are using or switch them off in settings.

This website uses cookies so that we can provide you with the best user experience possible. Cookie information is stored in your browser and performs functions such as recognising you when you return to our website and helping our team to understand which sections of the website you find most interesting and useful.

Strictly Necessary Cookie should be enabled at all times so that we can save your preferences for cookie settings.

If you disable this cookie, we will not be able to save your preferences. This means that every time you visit this website you will need to enable or disable cookies again.